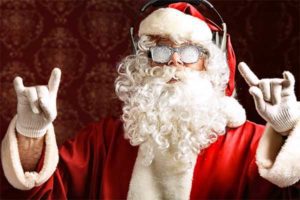 Tim Nutt is a comic who can’t be judged by his cover. Long-haired, bearded and “rough around the edges”, audiences expect Nutt’s material to match, but he surprises with clean comedy, razored-down punch lines and well conjured-up premises that place him as one of the top comics working today. His appearance at Just For Laughs was so impressive he was named one of the “Best of the Fest” and reviewers asked “where have they been hiding this guy?”

A favorite on stages from coast to coast, this comedy veteran has brought his unique style to Radio and Television.

“With a name like Nutt, it’s hard to imagine a career outside comedy. This longhair’s brain is trained on everyday observations filtered through a layer of laconic spite. Nutt plays against his looks. At 6-foot-2, with shoulder length hair and a beard, Nutt is every inch the rocker. Crowds expect him to tell gags about biker babes and blowing joints but he is much too intelligent and sophisticated. He’s a one-man-war on stupid people, playing on audiences’ preconceptions.” – Andrew Clark, The Toronto Star